Danish Khawaja, who plays under the name Fat Bird, is a multi-instrumentalist from Lahore, specializing in guitar. As a 12-year-old, he remembers sitting with older, more seasoned musicians and just listening, absorbing everything he heard and quietly learning. This kind of patient dexterity is now a hallmark of his playing. “My friends were my teachers,” he says. “People I’d see performing would inspire me and I could watch them play for hours and soak it all up.” For six years, Danish was a member of lauded indie rock band Poor Rich Boy, with whom he toured the U.S. as part of the State Department program CenterStage and recorded two full-length albums. Danish has also recorded on albums for well-regarded musicians like Zeb and Haniya, Dosti 2015 Fellow Natasha Ejaz, and Mai Dhai, and given his talents to film scores and TV commercial spots. 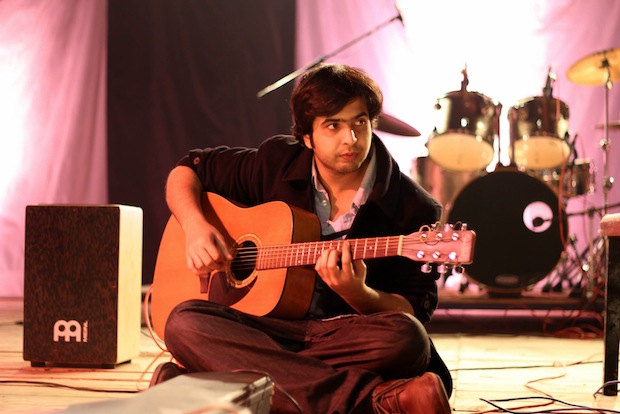