Debasmita Bhattacharya is an accomplished sarod player from Kolkata, West Bengal. She was first inspired to pick up the instrument at age six by her father, Pandit Debashish Bhattacharya, a renowned sarod player. “Being a lady,” she writes, “it was really challenging for me to grab ‘Sarod’ as a classical instrument for my musical journey, as it is considered as a male dominated instrument…I accepted the challenge and every morning I try to prove myself by improving my playing that ‘Music’ has no boundaries and it is only for the human.” Debasmita is currently a scholar at the prestigious ITC Sangeet Research Academy (SRA) and has won many accolades, including first prize in the “Sangeet Praveen” competition in 2008 and top prizes at the Doverlane Music Competition and the Rajya Sangeet Academy Competition, both in 2013. More recently, in June and July 2015, Debasmita was one of 100 musicians selected to participate in Ethno Sweden. 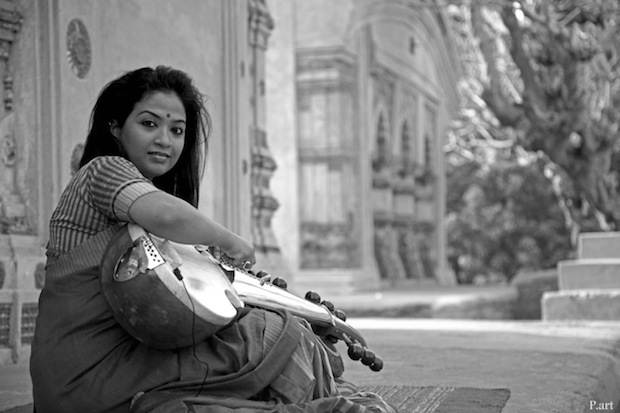