Zohaib Hassan is a sarangi player born and raised in Lahore. His musical lineage can be traced back through six generations of sarangi players. “It was my father’s life-long wish that our family’s musical heritage be carried on by the next generation, so I began to learn sarangi from my family elders,” he says. After hours of rehearsal on the instrument as a child, he began playing professionally at the age of 15. “One of my goals is to preserve my family’s unique sarangi playing approach of using all four fingers on the left hand as opposed to the more common three finger approach used by most of today’s players. By utilizing all four fingers, we’re able to achieve a speed and agility rarely heard on sarangi.” This unique technique has taken him to stages throughout Europe, the United States, and Southeast Asia and led to a number of in-studio sessions for TV, radio, and film. He is also a prominent teacher of the sarangi, with dedicated students all over the world.

Zohaib will be joined during the month by his brother Qamar Abbas, an accomplished tabla player. 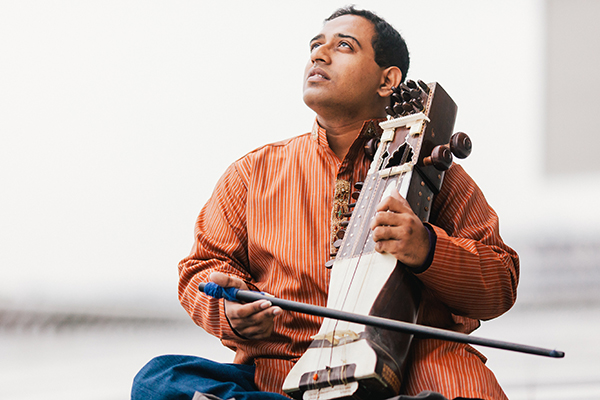