Debanjan Bhattacharjee is an Indian classical sarod player and composer from Kolkata. A disciple of the renowned Ustad Aashish Khan, he received the President’s Gold Medal Award in 2008 and was nominated for a Global Indian Music Award in 2012. He is a proponent of Indian classical techniques and wishes to share them, both to ensure their continuation and to breathe new life into them. To that end, he teaches music classes in his home and spreads his knowledge to a new generation of younger musicians, while also composing and arranging regional folk songs himself. But far from limiting himself to folk and classical idioms, Debanjan is an avid and experienced collaborator and has participated in musical exchanges with artists ranging from Azerbaijan to Germany, and beyond. 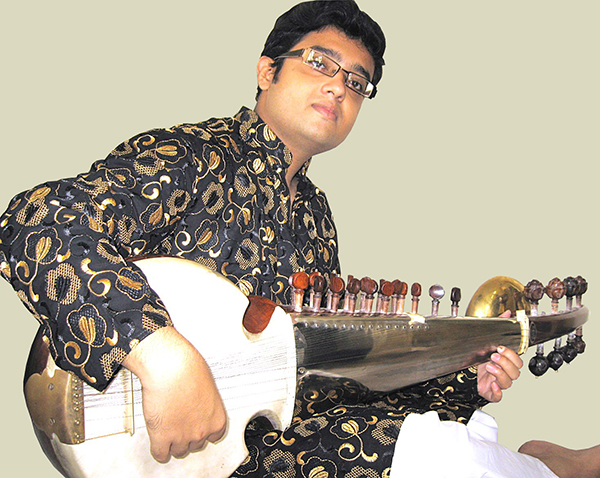