Surojato Roy is a percussionist, specializing in tabla, from Calcutta. The son of an Indian classical vocalist and a violinist, Surojato was introduced to playing at an early age by Pandit Tanmoy Bose. Later, he became the youngest ‘Ganda-Bandh’ student of renowned tabla maestro Pandit Shankar Ghosh and has been his disciple for the past eighteen years. He also plays the pakhwaj, darbouka, djemba, cajon, and khanjira (among other percussion instruments). Surojato has taken his considerable knowledge of tabla and brought it to villages in Arunachal Pradesh and parts of the Sunderbans, where he has taught impoverished children. He also teaches free music classes at the Surtaal Academy of Music, where students are given instruments they couldn’t otherwise afford. 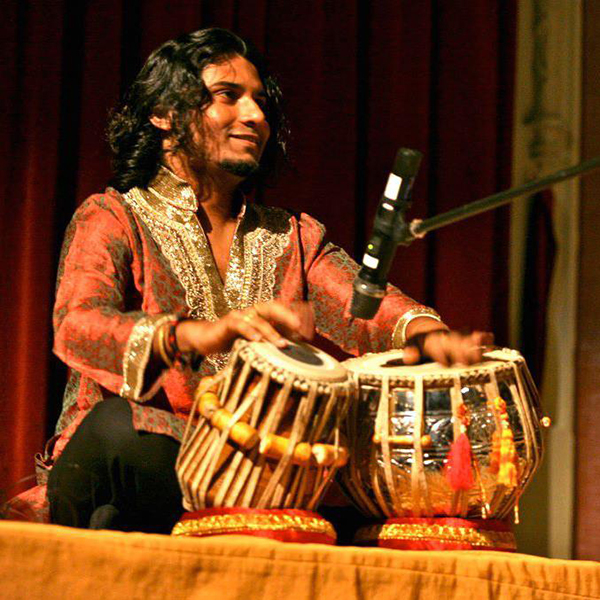